The (Long) Journey to the Far North 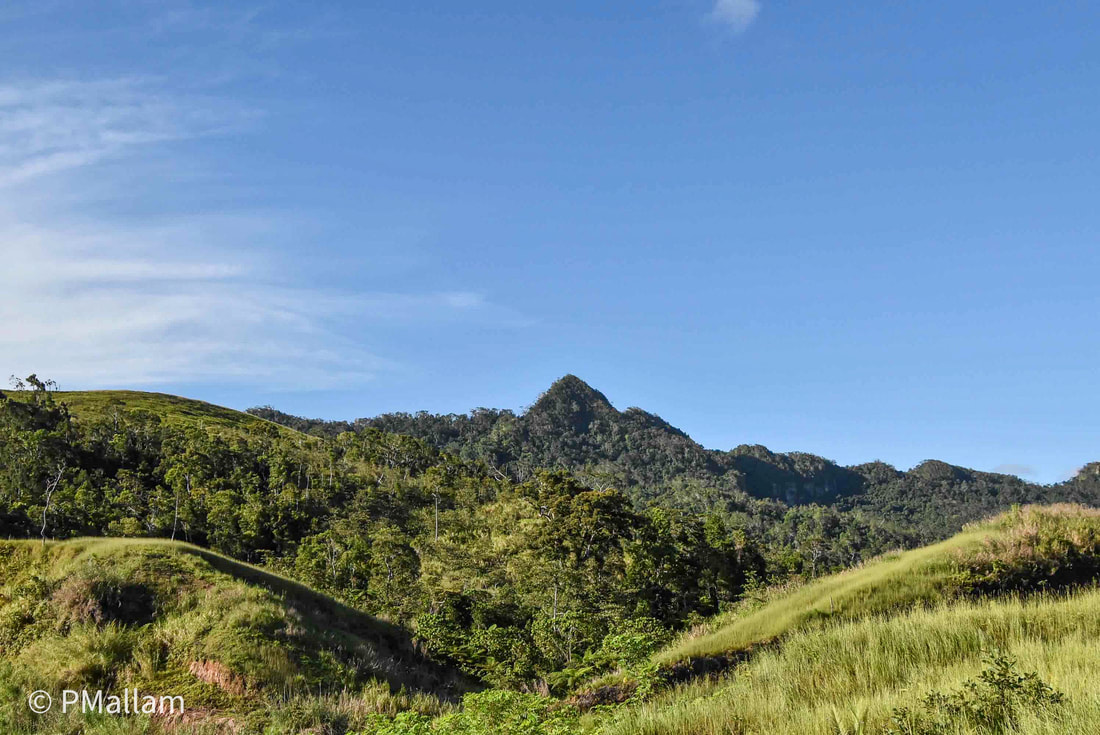 The scenic bus ride to Qaranivai Landing.
It takes a full day of travel to get to Nukusa from Suva City, a little over 12 hours or travel time to be precise. When I travelled to Nukusa 9 years ago, it was a 45 minute flight and gruelling 4 hour boat ride in a fibre glass boat to get there. This time, since the road had been improved to some degree, I was able to travel a little more comfortably.

I left home at 6am to travel 45 minutes by car to Nausori Airport, and boarded a Fiji Link flight which departed at 8.30am for Labasa. The flight time was 45 minutes, and landed shortly after 9.15am.

A friend who had travelled to Savusavu by boat a few days earlier, had generously offered to transport my stand up paddle board to Labasa, which really helped because then I could take a few extra boxes of gifts and supplies. I was picked up at the Labasa airport and enjoyed the 20 minute drive into Labasa town where I got to dig into some seriously good curry (usually I don’t like curry) and stock up on a few extra essentials for the family pantry (sacks of flour, rice and sugar). In case you didn’t know, there is a whole lot of baking that goes on in the village, mostly pastries - all made from scratch.

There are only 2 buses daily to the closest jetty to get to Nukusa. One leaves at 9am and the other at 3.30pm. I quickly learnt that I needed a bus card in order to travel, something I didn’t need in Suva, as I drove or walked everywhere. A quick stop at the Vodafone store saw me walk out with a brand-spanking new bus card, complete with $20.00 credit for the return trip. The cost of a one-way bus trip to Qaranivai landing was approximately $10.00.

I was scheduled to get on the 3.30pm bus, which gave me time to catch up with family members from Nukusa who lived in Labasa. I tried being proactive in locating the bus I was supposed to get on while waiting for my niece Kelera, and that in itself was a bit of an adventure. After asking 3 different bus drivers, and being asked why I was going that far up north, I finally found the bus I was supposed to get on for the penultimate leg of my trip.

Kelera (Lela) and I enjoyed an hour of excited chatter after all my belongings were loaded on the bus. I prefer riding shotgun because it means I get unobstructed views and can capture some good photos, so Lela sat with me in the front seat till the bus was ready to depart. I’m not sure if it is an ‘only in Fiji’ thing but being able to enjoy the luxury of having that last talanoa on the bus with someone who isn’t even travelling was a big deal for me. We also got to indulge in some greasy fish and chips from the bus stand canteen, onboard the bus before it departed.

The bus departed promptly at 3.30pm from Labasa bus station, along with a playlist of i-Taukei remixes which Shazam could not identify. The 99km rollercoaster ride was exhilarating, and aesthetically pleasing. Despite the bus careening down the hilly gravel terrain, I managed a few decent images. If you ever decide to take this bus ride, look forward to a 5 minute pit stop in Wainikoro, at a store owned and run by an Indo-Fijian family, who were kind enough to let me use their bathroom.

A soft spoken elderly man, Mr. Sambu Lal, approached me with his basin of roti parcels, and encouraged me to buy AND eat 2 because according to him, I was too skinny. I did take 2 roti parcels, but could not get past half of the first one because I later found out that the curry filling was an interesting combination of tuna, potatoes and noodles. As much as I loved the flavors, my gluten-intolerance stopped me from devouring all of it.

I found it so interesting that in the middle of nowhere, the bus would screech to a halt in front of someone who would quickly offload a small package. Bread, toiletries and basic food were the main items, and it was heart warming to learn that the driver and other passengers who were dropping these items off, were doing it out of kindness, at no cost.

3 hours later, the bus driver pulled over and signalled that I had arrived at my destination, which to me looked like a river crossing next to a mangrove swamp. I felt a little nervous because I was expecting a boat to meet me at the landing, but thankfully a few seconds later I heard the familiar sound of an outboard engine approaching and my water taxi appeared out of the mangroves. I was greeted by Tora and Peleki Tamanitadrukulevu, who are in every way, the epitome of an i-Taukei male: humble, soft-spoken, very diplomatic and so polite. I could see that they were trying very hard to hold back expressing their excitement, whereas I was somewhat uncultured because I was so stoked to see them again after so long that I hugged them both.

It was an hour before sunset when we set off from the jetty to the village, where peachy pastel skies made me feel so at home. It felt like a dream just being back here and smelling the pure freshness of freedom.

20 minutes later, I was greeted by a bunch of children who all shouldered the responsibility of carting my luggage to the family home. I felt like such a queen as I walked from the shore to my home because everyone came out of their homes to welcome me with hugs and the most joyous smiles. I have never felt so much joy being so far away from home.

I was engulfed in hugs as I stepped into the Tamanitadrukulevu family home and immediately ushered to the eating area where a glorious spread of soul food was laid out, which spanned about 3 meters. Mud crabs, fresh fish and freshly harvested vegetables. It really was a homecoming fit for royalty.